076: Pete Evick on The Moments That Make Us

Pete Evick is a Virginia boy at heart with tight strong ties to his hometown of Manassas.

A Little About Pete Evick 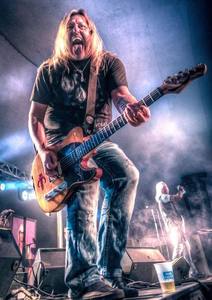 Pete is a Father, Entrepreneur, Producer, Song Writer, Published Author, and Musician.An all around rock star, Founder of Shining Sol Candle Company, Pete is proud of his roots here in Manassas and is generous with his time to support the business community.

He is a multitalented musician/producer who, in addition to playing guitar in the Bret Michaels Band, has also served as a co-songwriter, producer, mixer, and musical director for the group, and his own band, EVICK. A man with a true entrepreneurial spirit, he pursues his own projects, which have included the conception of an all-digital record company called Potomac Records which has been turned over to his close high-school friend, Mike Bailey, and a new environmentally conscious candle company also based in Virginia called Shining Sol Candle Company.

Pete is also a published Author, his bookÂ “The Moments That Make Us”Â can be found on Amazon or can be purchased in their retail store (Center Street Manassas).

Although Pete is an award-winning producer, his biggest role in life remains that of being the best father he can to his two boys.

TUNE IN to the 10 Factor, Episode 76 – Pete Evick on The Moments That Make Us.